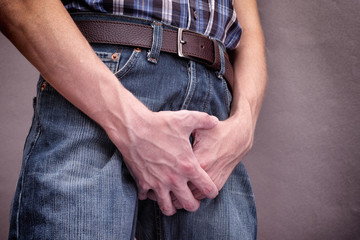 The sight of a curved penis can be emotionally upsetting to a man. A urologist has seen this problem before and knows what it is. The curvature of the penile shaft is called Peyronie’s disease. It is a benign problem; not a sign of cancer or other serious conditions. However, because curvature can affect erectile function, it’s worth talking about. We’ll do that here.

What are the Symptoms of Peyronie’s Disease?

Most cases of Peyronie’s disease include plaque formation on the top or dorsal side of the penis. Normally, the tunica albuginea is flexible. Plaques make this part of the penis less so. Therefore, when an erection starts, the penis tends to curve upwards. If plaques form on the bottom side of the penile shaft, the curve will turn down or to the side. Statistics suggest that approximately 70% of cases involve this pattern of plaque formation. However, some men develop plaques all the way around the penile shaft. In this instance, the penis does not curve but instead becomes narrow, like a bottle-neck, or becomes shorter.

In addition to a bent or curved penis, Peyronie’s disease may cause:

Like erectile dysfunction, Peyronie’s disease is often not talked about. We understand that it can be embarrassing to discuss intimate matters. However, this is not unusual to a urologist. Furthermore, hope lies in having this tough discussion. In the end, it may not be nearly as difficult as you’d imagined.

If penile curvature is interfering with sexual wellness and emotional health, a urologist may explore several treatment options. Surgery is not the only option, either. For mild cases, a doctor may suggest taking oral vitamin E. This remedy may reduce the size of penile plaques and allow the penis to straighten. Studies on the use of vitamin E for Peyronie’s disease date back to 1948. For more severe symptoms, pharmaceutical drugs may be prescribed.

Most drug therapies for Peyronie’s disease are oral medications. However, injection therapies can be utilized. Some injectables inhibit scar formation, potentially slowing down the rate of plaque buildup. Some loosen plaque formations to restore better tissue flexibility. Injections are administered with a local anesthetic to control patient comfort.

Surgery is a consideration for some men with Peyronie’s disease. Options for surgical correction include a penile implant, incision and grafting, and a suturing technique that offsets the curvature caused by scar tissue. A urologist carefully evaluates the symptoms, progression, and effects of Peyronie’s disease to help each man address this issue successfully.

Valley Urologic Medical Group has a dedicated, attentive staff. We are proud to serve patients in the Palm Desert area. To schedule a consultation, call (760) 346-1133.

Call now to book an appointment or any type of queries